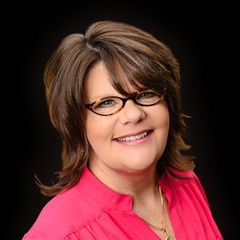 After high school graduation, Jana attended The University of Memphis. During that time, Jana did some recording and was referred to Mr. Tom Collins, a music producer, to help her begin a career in music. Mr. Collin’s advice was search and record some original songs and he helped her get in touch with a songwriter that sent some songs for her to consider. Unfortunately, the message in the songs was against what she had been taught at home and at Briarcrest and she felt convicted and declined the offer. In 1984, Jana auditioned for the traveling Christian group, TRUTH, and made it into callbacks. However, her plans and priorities changed since she was also dating a handsome guy at the same time. In 1985, Jana married Don West, an alumni from Elliston Baptist Academy-- a BCS rival.
Shortly after Don and Jana married, her older brother, Mark (also a BCS alum), was suddenly killed in a car accident. This tragic event shaped Jana’s testimony and character more than she would ever have imagined.
Don and Jana have two beautiful daughters, Natalie Grace (2006 BCS graduate) and Rachel Faith (2011 BCS graduate). Jana’s family has owned a real estate office, Sowards & Associates, since the early 1970’s. In 1987 Jana became an affiliate broker in her family’s business and still works for them today.
In 1990, Jana had the opportunity to record the demonstration vocals on accompaniment tracks for southern gospel music. At the same time, the Gaither Homecoming videos became very popular. Jana was asked to organize the music for the musicians that played on the videos, which allowed her to be a participant in most of those videos over the next ten years. Mr. Bill Gaither & Mr. Ben Speer asked her to sing on the background tracks that were used for the video productions. She was blessed and honored to meet some amazing Gospel singers and enjoyed every minute.
Don and Jana have served in several different churches throughout their years together including children, youth, and young adult ministries. Don, the Worship Pastor at Christ Community Baptist Church, is a gifted songwriter and guitarist. Both Don and Jana, as well as their two daughters, use their musical gifts to serve the Lord wherever He leads them.
Jana was reluctant to accept this award because she feels very unworthy. However, she is grateful to be used by God and honored to be chosen for such a title. She wants to convey that she is “far from what she once was but not yet who she is going to be.”
She thanks the committee for this award and will strive to live up to the mission statement of Briarcrest and what the Lord desires for her life.
Back