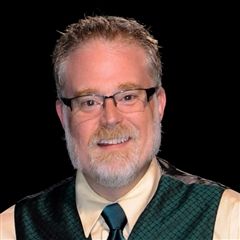 After graduation he pursued a career in opera, conducted music in various churches and taught classical voice until God called him into teaching as his mission field.

He was Director of choirs at Snowden School and then at White Station Middle School.  His choirs won many top awards locally and across the country and he was awarded Outstanding Music Educator with the Memphis Symphony Orchestra.  Mr. Williams also created built and ran the Department of Performing Arts at Crichton College and served as theatre director and choral conductor.  He is currently the Director of Theatrical and Choral Activities at CBHS . He is also a published composer of a cappella choral music.
Back