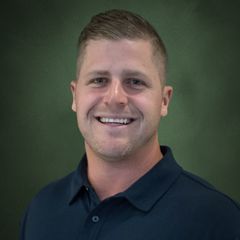 In 2015, Wes became a professional golfer and in 2017 became a Long Drive Professional. He is also a Long Drive member on Team USA. In the 2017 World Long Drive Championships, Wes ranked 5th place. Wes is currently ranked 25th in the Long drive for the world rankings in 2018 with his longest drive recorded as 457 yards.

Wes currently lives in Jupiter, Florida and is engaged to Madison Jenkins.
Back