Excellence. Tradition. Perseverance. Teamwork.
Balance between continued development of the fundamentals and increased
emphasis on competition.

Cross Country - Boys and Girls Teams
Pre-season runs at BCS begin in late July. Once school starts cross country will practice after school Monday-Thursday. No cuts are made for the cross country team. Cross Country meets are held on Wednesday afternoons at Shelby Farms. The season concludes in mid-October.

Football - 5th-8th grade
All boys may participate in football as no cuts are made. There is a Varsity and JV team for 7th/8th and for 5th/6th. Summer workouts start after TSSAA Dead Period is over in early July.  Official practices start the last Monday in July. Most Middle School football games are on Thursday nights. The Home field is located at the BCS Sportsplex. The Middle School has its own practice field at the Middle School campus.

Golf - Boys and Girls Teams
MS Golf Tryouts are typically held shortly after school starts in August. Depending on the amount of players we will have an A Team and a B Team. The players are positioned based off performance at tryouts, practices, and previous matches.  Matches start mid-August and run until the end of September.

Tennis - Boys and Girls Teams
Experience is not required for the tennis team, but it is strongly encouraged. The tennis season extends from August through October.
Girls Volleyball - 5th-8th grade
Tryouts for our girls' volleyball teams will be held in late July. Times will be announced as soon as possible. We have Varsity and JV teams for 7th/8th and for 5th/6th. Our 5th/6th teams play in the PAA league, and our 7th/8th teams play in the Shelby League. Our 7th/8th teams require progressive experience with seasons extending from August through mid-October.

Basketball - Boys and Girls Teams
We have 6th grade only teams for our boys and girls. Our 7th/8th graders practice together and have a Varsity and JV team . Tryouts are held in late October. Progressive experience is required. Seasons extend from November through early-February.

Competitive Squad
Having made the sideline squad, girls may also choose to try out for our Middle School Competitive squad. This competitive squad enters local and regional cheer competitions. The competitive season generally concludes at the end of the first semester.

Swimming - Boys and Girls Teams
The season extends from early September through December.

Wrestling - 5th-8th grade
Wrestling has become a very popular sport at Briarcrest. No cuts are made for this squad. The season extends from early November through mid-January.

Boys Baseball
Teams for boys consist of approximately 12-14 players each. Tryouts for these teams are in February. Typically we have two teams: a Varsity team made up of 7th/8th graders, where the more developed 7th graders play, and then a JV team made up of 6th/7th graders. We are in the MS Coaches League at Gameday. Games will be on Monday, Tuesday, or Thursday in March and April. Post-season tournament is in May. Once games start these teams do not practice, they just play in the games.

Lacrosse - Boys and Girls Teams
Our MS girls lacrosse team is made up of 6th-8th graders. For our boys we have a Varsity and a JV team for 7th/8th graders, and the same for our 5th/6th graders. Practices start in early February. Games start in March and last until late April or early May. No cuts are made for any of our lacrosse teams.

Track and Field - Boys and Girls Teams
No cuts are made on this combined squad for boys and girls. All athletes are encouraged to run, jump and throw for the Saints. Pre-season training begins in February. The season extends from April through early May.

Boys Soccer
Conditioning for boys' soccer begins late November thru early February. Official team practices begin in February. No cuts are made for this two team squad. The two teams are 5th/6th grade and 7th/8th grade. Club experience is not required, but encouraged.

Girls Softball
Tryouts for the Middle School softball team is held in February. This team is comprised of 6th, 7th, and 8th grade girls and competes against other middle school teams in the Shelby County area.

PRIVIT is the online program which collects and manages forms required of all student athletes. Forms, including a student's physical, are good for 12 months from the day the physical is signed and is valid for all Briarcrest teams during that 12 month time period. It is preferred you get a physical in the spring that is dated no earlier than April 15th.  Click the link for PRIVIT Instructions.

Once the required information has been completed and e-signatures have been applied to the necessary forms, the signed document will become available automatically to the appropriate staff member for review and approval. The Completion Status bar on the student athlete’s Home screen will turn green and indicate Submission Complete after all the forms have been completed properly. If the status bar is orange and indicating Submission Incomplete, hover your cursor to see what still needs to be completed.

Thank you for your interest in Briarcrest Middle School's Athletic Program. The Athletic Handbook is provided to give both general and specific information that will assist you in being able to participate in the sport(s) of your choice. PLEASE READ THIS HANDBOOK CAREFULLY AND FOLLOW ALL DIRECTIONS AND RECOMMENDATIONS. 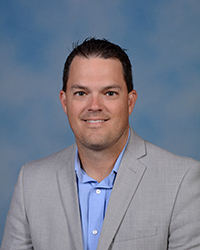 Congratulations to the following students for making the 7th/8th Boys JV/Varsity Basketball Team!

Congratulations to the following students for making the first cut for the 7th/8th Basketball teams!

**The second and final cut will be posted on Saturday afternoon!"

Congratulations to the following students for being selected to the 5th and 6th grade girls Basketball Team:

Congratulations to the following students for being selected to the 7/8 Girls' Basketball Teams for the 2022-2023 school year.

Congratulations to the following students for being selected to the MS Volleyball Teams for the 2022-2023 school year.

Congratulations to the following students for being selected to the MS Cheer Team for the 2022-2023 school year.

Practice information will be sent next week.

Congratulations to the following students for being selected to the MS Dance Team for the 2022-2023 school year.

Practice information will be sent next week.